20+ years ago, Jamie Oxenham started his CNC path by making architectural models by hand. This helped with the discipline of making film props, but never stood first next to competition. He always knew hand-making architectural models wouldn’t work forever due to the amount of time it took to complete one project, and the lack of detail he could add to each model.  The company had a small CNC mill that churned out small creative parts in minutes. He knew he couldn’t continue making complex props by hand, after seeing the efficiency, accuracy and timing of CNC equipment. Jamie went out on his own with a few small film industry contacts, which helped grow his business by word of mouth. Oxenham Designs has now become a company of success, focusing on creating intricate film props for TV commercials and movies. He works with companies like Shopkins and  Hatchimals on a day to day basis. The company is currently based out of Toronto, Canada, and focuses on turning characters/props into scaled, real life masterpieces. 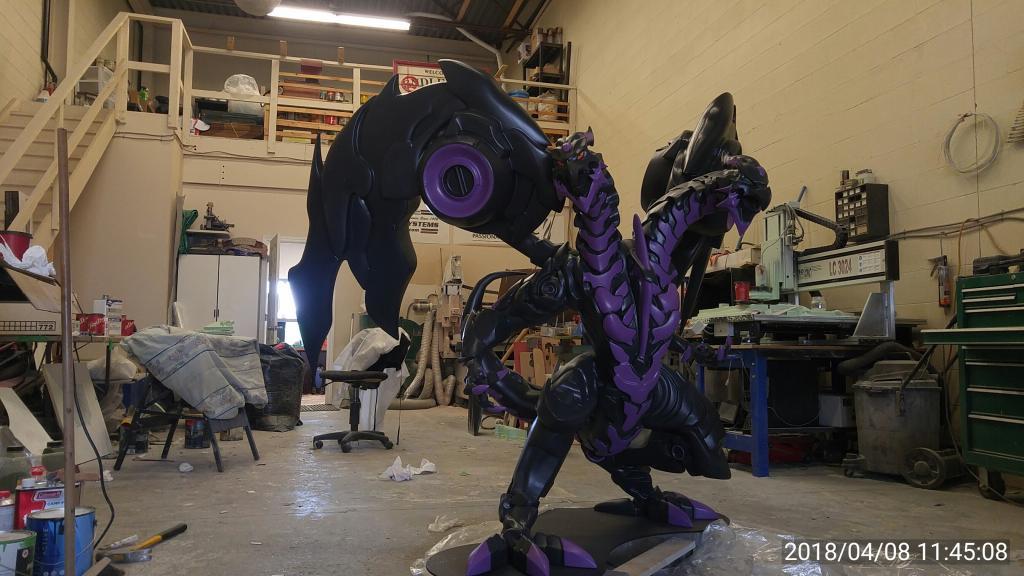 “I had always dreamed of owning a Techno router ever since I was younger. I know that sounds crazy, but I grew up knowing I wanted to eventually purchase a CNC router from Techno CNC Systems. I’d go through the Techno CNC Book of CAD/CAM and drool over the information presented to me. At first, I didn’t have the funds to purchase a router. So when the time had come for me to purchase my first CNC router. I didn’t even consider any other CNC company. I knew I had to get a Techno CNC.” Oxenham explained how much faster he could make parts after purchasing his router. Normally, he promised a turn-around time of about 2-3 weeks because of how long it took to hand-carve and make each film prop. Now, he is able to complete a project in less than a week, doubling the amount of parts made, as well. “It normally took about two weeks to hand build one architectural model. After I got my Techno CNC router, I could turn three models around in seven days.” 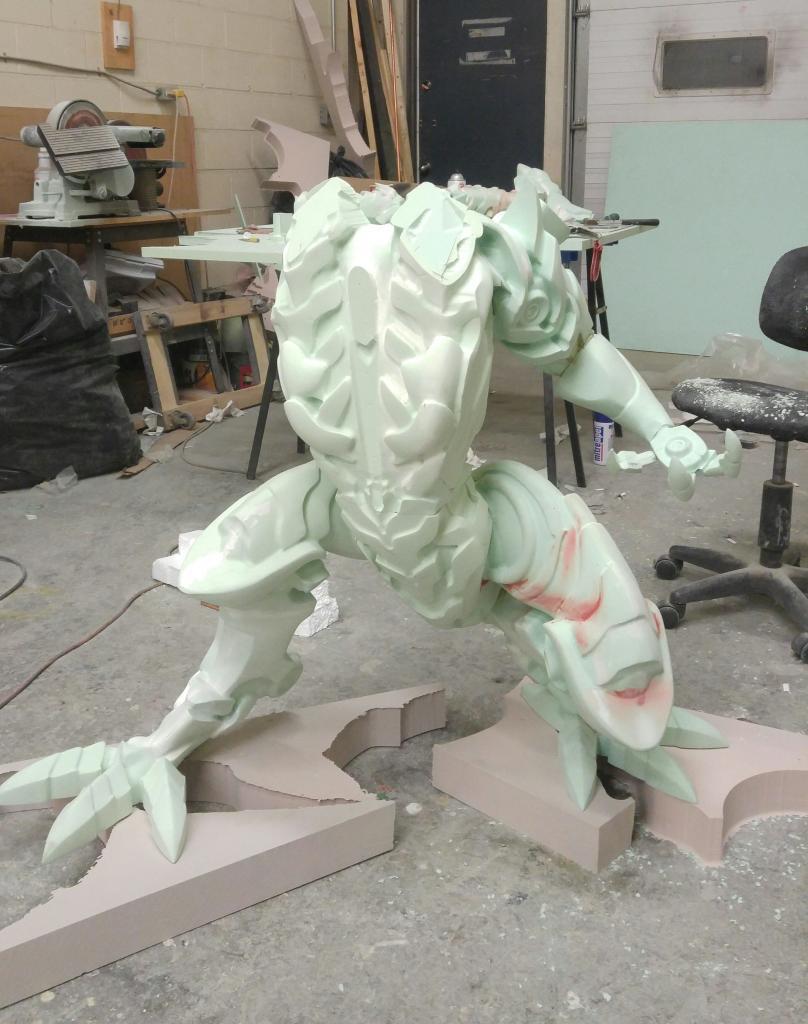 Investing in a Techno CNC router has made it possible for Oxenham to grow his business, and completely altered his turn around time, accuracy, efficiency, and detail for projects. As his company has grown, the turnaround time for projects has vastly increased by company demand, meaning he’d have no time to make projects by hand anymore. Another benefit of having the machine is being able to copy a prop to its entirety. He is able to have a file submitted from the makers, and import the exact file into CAD, where the router can cut the parts to its exact dimensions, shape, etc. There is absolutely no room for artist interpretation. “We recently were hired for a commercial where the company, Sinmaster, needed life size dragons. We were able to import the OBJ file (3D model format) into CAD, toolpath it, and cut the exact file on the router.” Oxenham spoke about the complexity of cutting these files on the router. He stated how although the router does most of the work, he uses a tool called STL slicer to help him “slice up” the 3D model into pieces, so the router is able to cut the pieces efficiently. “We bring the files in and use the slicer to break the model down. For the dragon project, we were able to slice the 3D model into pieces (head, wings, horns, etc) and slice and dice the parts until they became parts that we can route out of 2”-3” Corafoam.”

Although Oxenham uses his Techno router to its fullest potential, he has had to overcome a few obstacles while completing projects. “The wings of the dragons, for example, were one of the hardest parts. We had to weld them down because the foam wasn’t strong enough on its own. We used a ton of Urethane glue and lots of screws. It’s also extremely difficult when the project is sliced into multiple different parts. I try to cut the pieces in order, so when it comes to assembly time, I am not confused as to which part goes where. It’s awesome how fast the router can move. While some of my pieces are cutting, I assemble the others, and when I am finished with that, my new pieces come right off the router and are ready to be assembled. It’s that simple.” 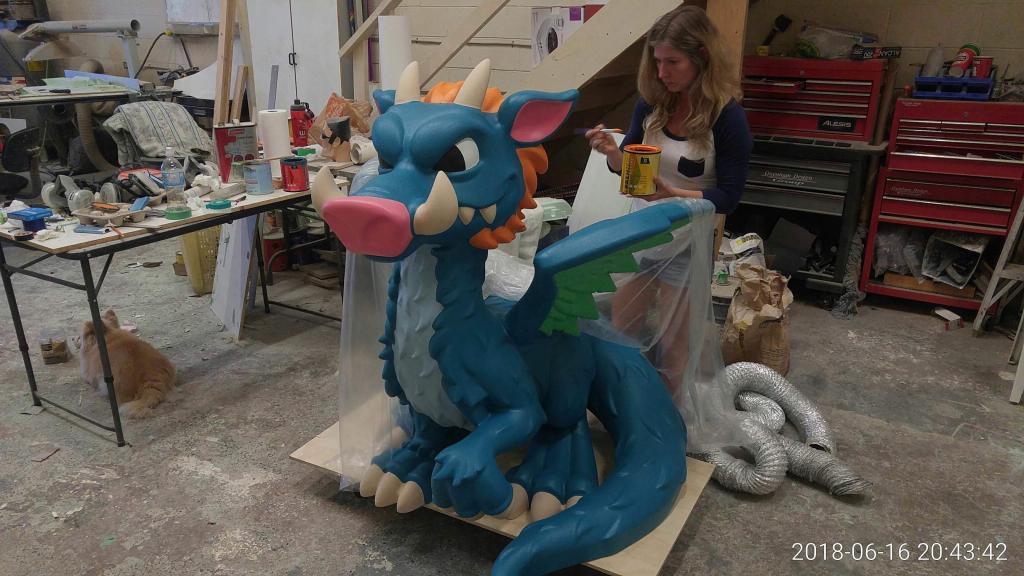 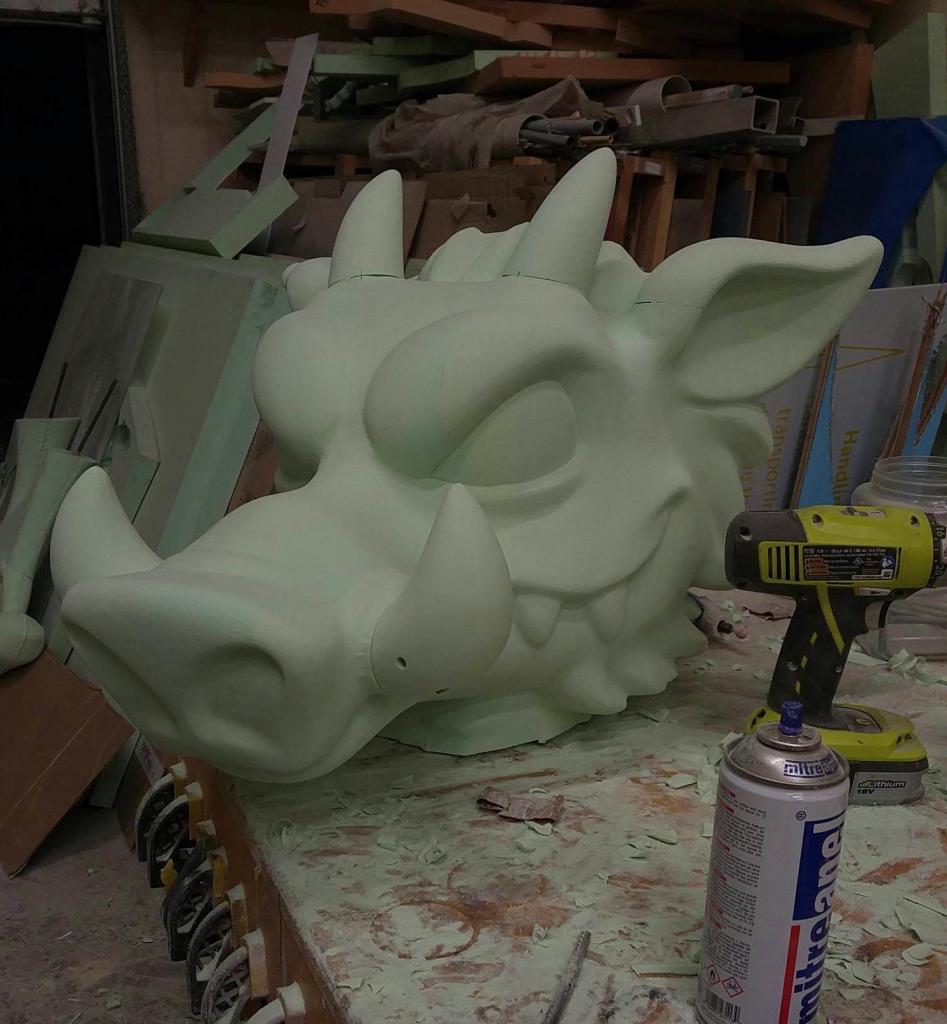 Oxenham has overcome other obstacles using his Techno CNC router, as well. “All of the projects were challenging in the beginning, since I did not have a ton of CNC experience. After I learned the ins and outs of my router, it was smooth sailing and I noticed how the process was so repeatable for my company; slice the model apart with the STL program, route the pieces out, glue it all back together, and repeat.” Other obstacles that Jamie learned to overcome were the learning curves on the CNC and the Techno Interface. “Nothing was hard, just a small obstacle anyone purchasing a CNC router would have to overcome. Once you learn, it’s all second nature.” Oxenham went on to talk about growing his business from the ground up. “The biggest hurdle to overcome is to continue to grow your business and think about different ways to let people know you exist in the industry/what you can offer their business. Luckily, owning our Techno CNC router has made our word-of-mouth reputation that much more impressive. We never turn down work. We are able to do it all because our CNC equipment makes the projects possible.”

Oxenham purchased his second CNC router from Techno CNC Systems, after seeing what his first CNC router from Techno could do. “We now have two Techno routers: a 5×12 with a raised gantry and a tabletop CNC router. Our 5×12 with the raised gantry allows us to cut thicker blocks of foam, which simplifies the process further and reduces labor during assembly, so we are able to cut more intricate materials at a faster rate, as well.”